Not much to say about this Covid period that you'd not have already heard... So just hoping you took (you're taking) time to read some good books and change your mind.

On our side, here's what we managed to achieve: a new release 9 with some hopefully interesting changes, and a big framework update. 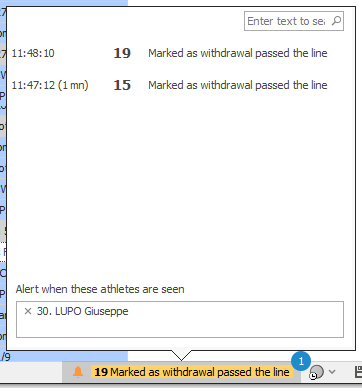 Following one of our users suggestion, we've implemented a new kind of visual notification/alarm.

It's intended for useful but not vital/blocking race events, thus it's designed in a non intrusive way. Not popping over the main display.

3 cases plugged on the feature for now, more can easily be added so waiting for your ideas:

The idea behind the feature is that you don't have to stick to the screen in fear of missing something. Instead these notifications will remain available for later browsing. A quick search field will help if necessary.

Split points on the map 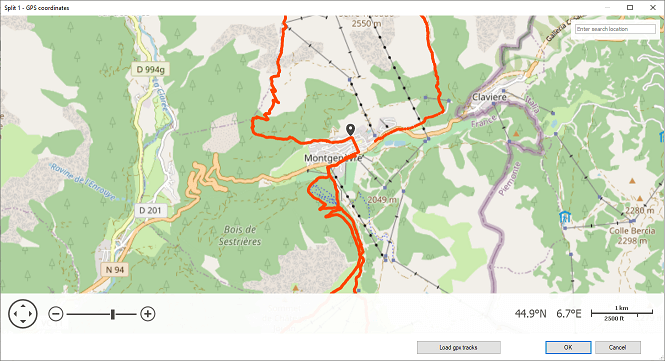 The GPS location picker for split points was no longer usable because of changes on the Google Maps policy.

On this release a new component is introduced in replacement, so hopefully the feature is working again and with a smooth interface. Furthermore, you can quickly load here some GPX tracks to help with the process, typically ensuring that the split points will correctly stick to the race track for a more serious rendering.

Next on the road map, we'll likely extend this track selection so that tracks association to races and stages can be done in Wiclax, then opening the way to an automatic upload of the files in the event folder (for those of you using the G-Live Map option).

The lookup field is now located on top of the main window, and it gives a better access and visibility to the other useful command lookup feature. Remember the Control+P shortcut allows a very convenient way to execute something after typing a few letters. 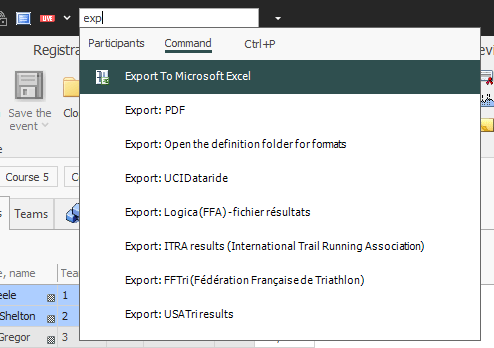 The column selection menu for the grids is now accessed from a more obvious button on their top right corner. Still you can drop it down by a single click on the grid upper panel (shorter mouse travelling). The display for the menu itself is also modernized.

Shortcuts for races: the access for setting the start time of a race or its terminated status are no longer in a drop down menu but more smoothly integrated in the information panel. 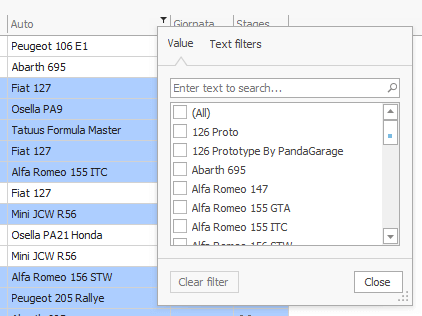 The Championships module comes with a brand new interface, or a big re-lifting as you wish. 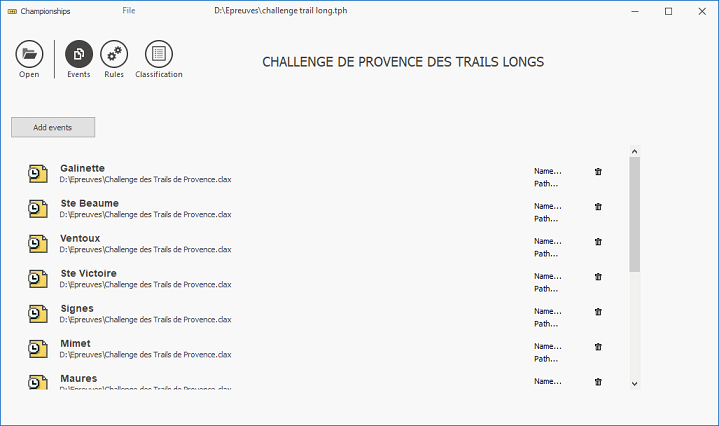 Always looking for making the screen design as easy as possible, most noticeable improvements in this release:

A nice enhancement for those of you dealing with race certificates online. Templates designed with the new version will now directly embed their images.

So you'll no longer have to care about the original image files, as they won't have anymore to be uploaded alongside the template file.

Additional improvements for the certificates: new variables can be selected to get the event name and dates, and all variables can now be inserted in the text of a standard label item.

Sometimes an event requires all official podiums to be based on a selection of athletes only. Like the race is opened to unaffiliated people, but they can't pretend to prizes.

Hence there's a new level of filtering directly bound to the podiums, where you can set any kind of filter condition. This makes everything easier, as you no longer have to juggle with a bunch of additional rankings to declare.

When launching the publication of PDF reports online - i.e. generation and upload through FTP, a selection dialog is now presented.

This allows a better control of which reports you actually want to be published for the event. 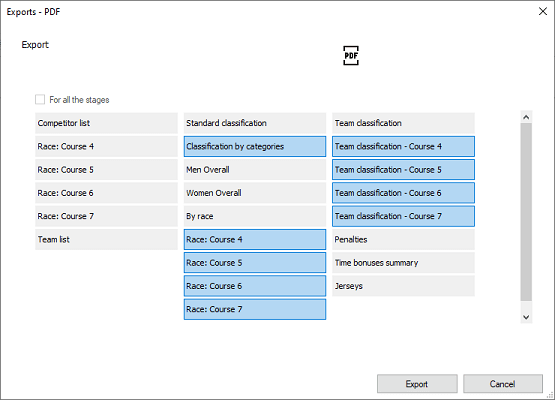 With a great bonus feature: a print preview shortcut is available while hovering any of the reports of the list. Means you can quickly check if their layout is as you expect it, with the right template, ...

Enhancement for the Teams grid view: passing the mouse over the teammates number cells displays a list of participant names. Themselves giving fast access to their data summary or their entry/results management forms.

Split point as a counter

A split point on the track can now be set as a simple "counter", meaning that instead of registering a single passing of each participant it will instead increment a number of passings. When the race itself is not managed as a lap race.

This can be used for example in the context of a penalty loop, where you need to monitor how many loops have been made by an athlete.

As a result, the grid column for the split will display the number of passings. And the result entry form gives access to the passing detail, allowing to make a manual correction if necessary. 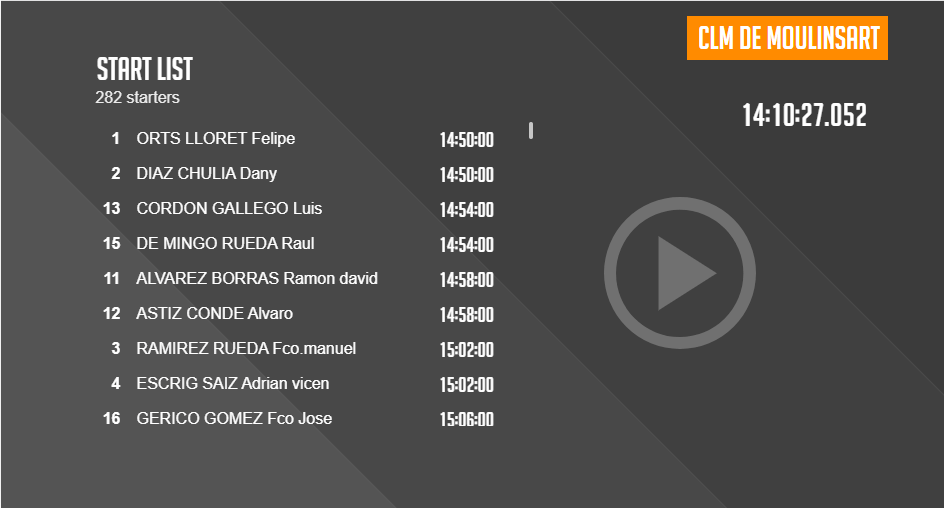 Big change if you've been sometimes using the Starts module! Quick remind for those who don't know it: its purpose is to provide a start line management screen, for time trial races. Basically showing who's next to start - teams or individuals - and raise a countdown when every actual start time is due.

What's new then: the old module made as an executable is replaced by a brand new web accessible App. Not only more interesting for design/UX aspects, but mainly because it can be launched on any connected device, like a tablet or a smart TV.

Used on the local network, it doesn't need a Wiclax instance to run on the device. Clock synchronization will happen automatically, based on the master PC system time.

Looking forward your feedback on that. Next on the road map could be the ability to report some changes in the start session (typically somebody non-starter), and eventually a cloud based architecture so that it would work without a local network installation.

Big step forward to make Web result publishing more comfortable than ever: a newly designed assistant groups everything related to it in a single screen. Gives you an instant picture of what will appear under G-Live for the event, and moreover it will make using an external FTP client useless for most of the usual operations.

Note: it fully replaces the Web publication tab from the event options form. 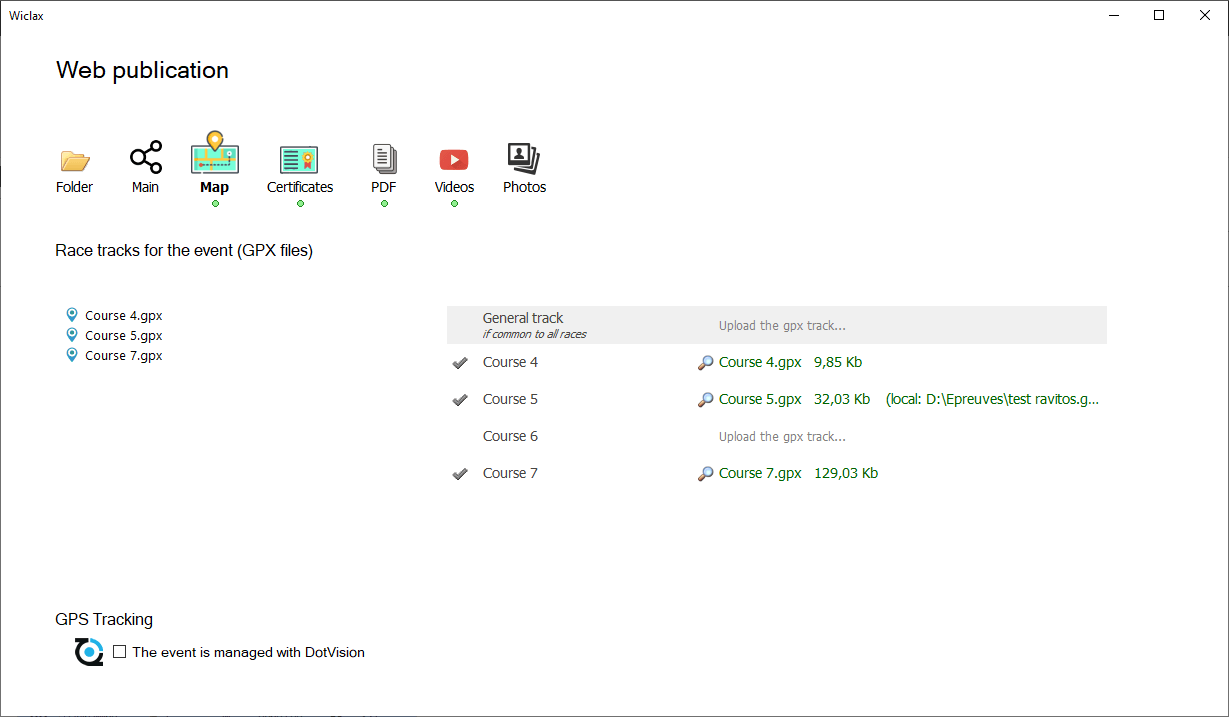 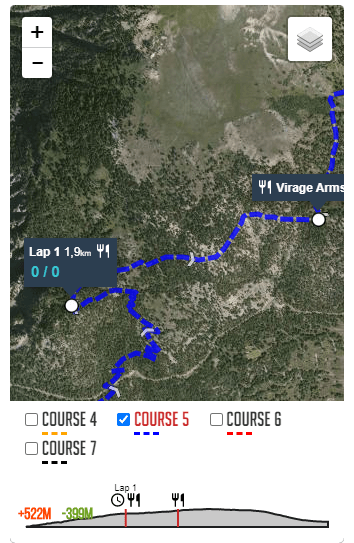 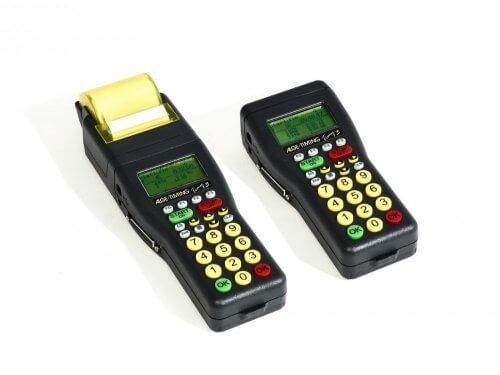 Always extending the range of external stopwatches you can connect to Wiclax as an acquisition, this time we've added support for the Timy 3 devices plugged in USB mode.